The Carrickdale Hotel will continue to be the main name on the Armagh ladies gaelic jerseys next season, extending one of the most enduring sponsorship partnerships in sport to nearly two decades.

The Orchard’s loyal backers first came on board way back in 2004 before any of the present panel except Caroline O’Hanlon were involved and Armagh LGFA are very grateful to the McParland family for the Carrickdale’s ongoing support. 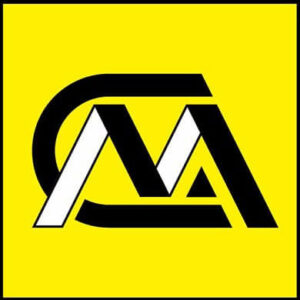 There will, however, be a new name on the back of the redesigned Armagh jerseys in 2023 with construction firm Mac-Group coming on board in a multi-year deal which is another real coup for Orchard chairperson Sinead Reel.

“After seven highly-rewarding years as a shirt sponsor with the Armagh men’s senior team, mac-group has switched its support to the Armagh ladies senior team.  The multi-year deal will see mac-group’s logo on the team’s training and casual gear,” the company announced.

Chief Executive Paul McKenna added: “We are absolutely thrilled to be partnering with the Armagh ladies senior team.  The expansion in popularity of the women’s game, the huge growth and engagement across the county at all levels and age groups is truly impressive.”

Chairperson Reel responded by saying: “We are delighted to welcome mac-group on board with Armagh LGFA.  The interest in female sport is always rising and, in particular, this year after a very successful 2021 for female sport in general.

“This success, both with the results on the field and the growing appreciation for women’s sport off it, should not come as a surprise to anyone as to why major companies want to get involved with women’s sport and in particular Armagh LGFA.

“We look forward to a long-term enjoyable partnership with mac-group and we know they have our back,” said Reel, who has confirmed two sleeve sponsors for the Armagh jerseys this season.

Taranto continue to be one while the other is Bureau de Change, who have sponsored the Armagh age group county teams in recent years along with youth championships at domestic club level.

“Without financial help, we couldn’t do what we’re doing, so I really appreciate the support of each of the great sponsorship partners who work with Armagh LGFA and all those business and individuals who have made welcome contributions in recent years,” concluded Reel.